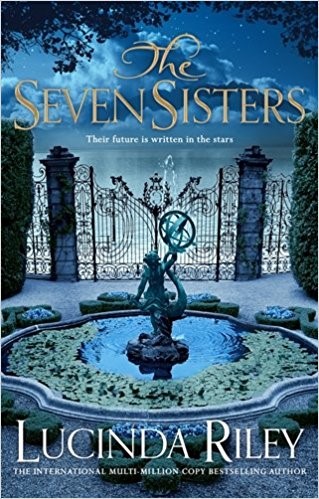 ‘The Seven Sisters’ by Lucinda Riley

I recommend this series of books to anyone who is searching for a storyline that will keep them entertained into the foreseeable future.

Maia D’Aplièse and her sisters were all adopted as babies by the elusive billionaire Pa Salt. Now they have all gathered together at their childhood home ‘Atlantis’, a mansion on the shores of Lake Geneva, having been told that their adopted father has died and already been buried at sea.

Each of the sisters is handed a clue to their true heritage and Maia traces her own path across the world to Brazil. This novel follows her story as she puts together how her own life began.

These books are pure escapism and have been extremely popular since their release, each of them an adventure with history, mystery and romance thrown in. Something to enjoy now and for a few more years as the series progresses.

This site uses Akismet to reduce spam. Learn how your comment data is processed.